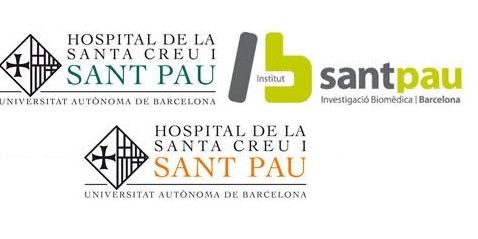 Genetic diseases of iron metabolism and hereditary hematological diseases are a heterogeneous group of diseases with hematological and neurological involvement. Our group conducts molecular biology studies and genetic studies on these diseases in order to improve our knowledge and establish new and better diagnoses and treatments for these diseases. The new diagnoses established by our research unit are transferred to the spin-off BLOODGENETICS, S.L. (www.bloodgenetics.com). BLOODGENETICS currently has a catalog for the diagnosis of more than 80 diseases that involves the analysis of more than 150 genes through new generation sequencing (Next Generation sequencing). In addition it offers biochemical analysis of the measurement of hepcidin and the level of labile iron in plasma (LPI).

This talk gave a global view of these hereditary diseases and showed cases diagnosed by BLOODGENETICS in diseases such as aceruloplasminemia, atransferrinemia, hemochromatosis, IRIDA, and other rare anemias; as well as functional characterization studies of new mutations to better understand the physio-pathology of these diseases.

Dr. Mayka Sánchez is head of an independent research group since 2009, first as head of the Junior group leader at the Institute of Predictive and Personalized Medicine of Cancer (IMPPC) and since 2015 as group leader of “Metabolism of iron: Regulation and Diseases” at the Research Institute Josep Carreras against leukemia, Barcelona, Spain (permanent position). Dr. Sánchez is also vice-president of the European Federation of Patients with Hemochromatosis Associations (EFAPH), member of the Ethics and Clinical Research Committee of the Germans Trias i Pujol Hospital (expert in genetics) and member of the ORPHANET scientific committee in hematology and pediatric hematology. She is co-founder and promoter of the spin-off genetic company BLOODGENETICS, SL (www.bloodgenetics.com).

She graduated in Biochemistry in 1996 and obtained his PhD in Genetics in 2002 from the University of Barcelona, Spain. She worked for more than seven years (2002-2009) as a postdoctoral researcher at three prestigious international research centers in Heidelberg, Germany (EMBL, University of Heidelberg and MMPU) working on basic research of iron metabolism under the supervision of Prof. Dr. Matthias W. Hentze and Prof. Dr. Martina U. Muckenthaler.

Her work has led to the identification of CDC14A and HIF2-aplha as new mRNAs regulated by the IRP / IRE system, the creation of the SIRE server for bioinformatic predictions of Iron Responsive Element (http://ccbg.imppc.org/sires/), the creation of the HIGHFERRITIN® telemedicine tool (http://highferritin.imppc.org/) and the identification and characterization of new mutations in human diseases related to iron metabolism such as hemochromatosis, atransferrinemia, IRIDA and congenital sideroblastic anemias.

She recently received the I3P-IEDI-2016-00747 Award for the excellent scientific career awarded by the Ministry of Science and Innovation of Spain, a prize awarded after an external and strict evaluation (final score: 95/100).